The Boovie book-trailer festival, in its fifth edition, awarded its winners between August 28-30, in Focșani. This year’s edition was held under the High Patronage of the President of Romania, Mr. Klaus Iohannis, as a recognition of the importance of efforts to promote voluntary reading among children and the role of books in our personal and professional development.

Although we could not meet physically until the first time, at the shooting of the film “Profu ‘”, kindly delivered by TIFF (Friday evening) and the second time, at the Gala of the Winners, (Sunday evening), both events with the public held in the air free, respecting the rules of physical distance in large groups, we were with each other in the online environment.

The judging of the jury trailers formed by Roxana Lupu (president of the jury), Crăița Nanu, Marius Chivu and Paul Ipate was done online, in the week before the festival. ”It was a real pleasure to discover a generation with an authentic sense of identity, with energy creative and fresh. We had a few full days, together with my colleagues, Paul Ipate, Marius Chivu and Crăița Nanu, days in which we thought and consulted until we reached a unanimous decision regarding the winners. Once again, thank you for the honor of being the President of the Jury! I consider that, for the year, the bar has been raised quite high, so work, believe in yourself and participate in the next Boovie editions “, is the message sent by the president of the jury, the actress Roxana Lupu.

The Boovie team was hosted by the Popular Athenaeum “Maior Gh. Pastia”, where the opening and award ceremonies were broadcast live

The money for the prizes was offered, as in previous years, by the City Hall of Focșani, which allocated almost 30,000 lei, to reward the efforts of the teams in the competition. The amounts were allocated as follows: first prize – 700 lei, second prize – 500 lei, third prize – 400 lei and mentions – 200 lei; 20 trailers were nominated in the Boovie Gala, from which 6 were chosen the best, for soundtrack, interpretation, script, editing, directing (each of 1000 lei) and the Grand Prize – 5000 lei.

This year’s edition would not have been possible without partners we already trust. We thank them for their support and involvement to the following institutions: Vrancea County Council, Focșani City Hall, Focșani Local Council, “Mr. Ghe Pastia” Popular Athenaeum,“ Vrancea Country ” Ensemble. We have special partnerships with Transilvania International Film Festival, Station Europe Association, which, through the Vlogging Academy program, conducted a workshop for children who want to develop digital skills and become content creators, Ascendis Association, which participated with three exceptional trainers  and a factotum, in the person of Miruna Domnaru, Center for Independent Journalism, with an impact workshop and CEC Bank, partner by tradition.

We also welcome the partnership with Cognizant Softvision, which created a Boovie application for Android and iOS, which was launched on August 22, unique among extracurricular events.

A special news, now, at the end – the Boovie Festival expands with a new section, destined for Romanian children from the diaspora. The section is called, not coincidentally, ExtRO Boovie, it is possible after winning a funding session organized by the Department of Romanians Everywhere and is meant to develop the links between young people inside the country and those abroad. We will come back with details.

Although this edition took place in special circumstances, we hope that the next edition we will all meet in Focșani! Images related to the festival can be found on the Facebook, YouTube, Instagram Boovie accounts. 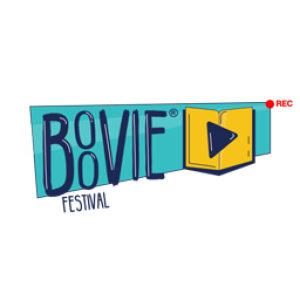 If you want to make sure of your help every month, you choose lună de lună, select one of the three options that will bring us in the end (after the withdrawal of taxes by PayPal) 5, 10 or 20 euros per month (or choose the amount you want). If you want to donate once, choose acum.

Whatever you choose, thank you!